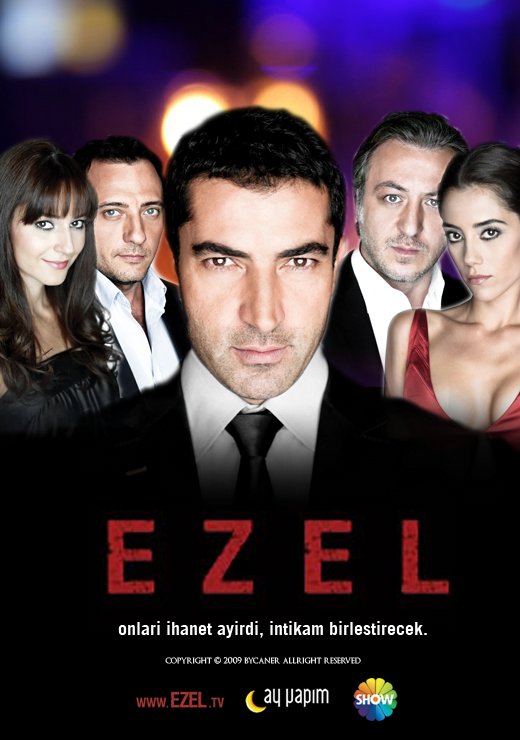 Betrayed by his trusted friends and the woman he loves, Omer ends up in jail where he meets Ramiz (Tuncel Kurtiz) who will change his life forever. Ramiz is a powerful mafia type figure who sees Omer like one of his sons, and gives him some protection. After 8 years in prison, with the help of Ramiz, Omer escapes the jail by using a riot in the prison.

Everybody believes that Omer has died in the middle of the chaos but in reality he undergoes an extreme plastic surgery. He gets his face fixed and also changes his voice and his body so that he can take revenge. He creates a new identity and acquaints himself as Ezel (eternity in Turkish). Omer returns as Ezel (Kenan Imirzalioglu) to exact his vengeance.

In Ezel tv series story, you will explore a revenge of a simple boy who becomes a rich man exceptionally skilled at gambling, reading people and fighting after the betrayal of his trusted friends and the woman he loves. Will anybody recognize that Ezel is actually Omer in disguise? Will revenge fill the emptiness in Ezel’s hearth? Will Ezel forget about his past and live the rest of his life peacefully?