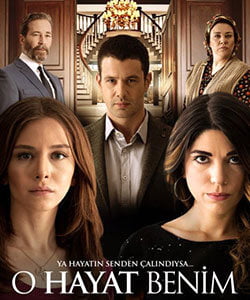 Synopsis
Bahar (Ezgi Asaroglu) is a young and naive girl who has a modest life in Istanbul. Because of financial difficulties, she quits her school and starts to work in a cake shop in order to help her family. Bahar is a thoughtful, optimist, and hardworking girl whereas her sister Efsun (Ceren Moray) is quite the opposite. Although Bahar does her best to make her sister happy, Efsun purposely hurts Bahar due to her jealousy.

Even though Bahar has been raised in this family, she is not the real daughter of that house. Her supposed mother Nuran (Yesim Ceren Bozoglu), father Ilyas (Suleyman Atanisev ) and sister Efsun are all strangers for her. In reality, Bahar is the daughter of Mehmet Emir (Sinan Albayrak) who is a rich businessman. However, that fact has been concealed by everybody.