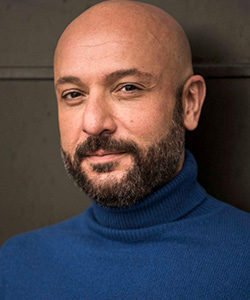 END_OF_DOCUMENT_TOKEN_TO_BE_REPLACED

Profile
Name: Kursat Alniacik
Birthdate: December 7, 1962
Birthplace: Istanbul, Turkey
Height: 178 cm
Eye Color: Brown
Hair Color: Black
Education: Mimar Sinan University – Theatre (Mimar Sinan Universitesi Tiyatro Bolumu)
Talent Agency: Gokce Altan Ajans
Spouse: Banu Alniacik, Gercek Saglar (m. 2013-present)
Biography: Kursat Alniacik was born in 7 December 1962 in Istanbul. He is the son of theatre professor Raik Alniacik. In 1981, he started to study at Istanbul State Conservatory, theatre concentration. He graduated in 1985 and went to the UK with a scholarship given by UK government. When he went to the UK and studied modern dance at London Content Dance School for one year. Kursat Alniacik returned to Turkey in 1986 and started to work as an intern at Bursa State Theatre. While tooking part in theatre plays, he also continued his interest in modern dance as a hobby. For 9 years, he gave dance lessons at Eyuboglu Egitim Kurumlari. Kursat Alniacik became very popular with his role as Savas in popular Turkish series Crazy Heart (Deli Yurek). After then, he became very well known in the television sector.