Synopsis
Tamer (Engin Altan Duzyatan) is a young man who is married to Berrin (Sedef Avci) and has a daughter. He is a clever, quiet, and introverted man.

Tamer has childhood trauma that he never gets rid of. He has grown up without the love of his parents. He had to work at many jobs when he was a little child to financially support his family. He had to take care of his little sister after his parents left them at the orphanage.

END_OF_DOCUMENT_TOKEN_TO_BE_REPLACED

Synopsis
Mihran (Burak Dakak) and Selma (Leyla Tanlar) were born at the same time. According to a wise man in their city, these two persons are destined to love each other but fall apart due to a tragedy.

As the wise man said, Mihran and Selma have grown together and fallen in love with each other. They are engaged but shortly after they get engaged, they break up. Everyone thinks that Selma has set a house on fire. Upon this tragedy, Mihran does not talk with Selma and moves to Istanbul together with her mother. He leaves everything behind without even trying to understand the truth behind this tragedy.

END_OF_DOCUMENT_TOKEN_TO_BE_REPLACED

Synopsis
Emin (Ertan Saban) is a bully in Ankara. After learning that a young girl is killed because of her, Emin decides to leave his dirty past behind. He goes to the police department to become a secret witness and disclose all the dirty business going on. In exchange for giving information about mafia leaders and evidence to imprison all criminals in the underground world, Emin wants a second chance.

In order to end the underground world and imprison all mafia leaders, the police make a deal with Emin. According to their deal, Emin will start a new life in Istanbul as a geography teacher at high school and he will act as a husband of a police officer Songul.

END_OF_DOCUMENT_TOKEN_TO_BE_REPLACED

Synopsis
Guzide (Vahide Percin) is a successful judge. She has been married to Tarik (Mustafa Ugurlu) for 30 years and has two children: Ozan (Yusuf Cim) and Oylum (Feyza Sevil Gungor).

Guzide and Tarik know each other from the law school. Guzide becomes a judge while Tarik becomes a lawyer. They have a happy marriage and get along well very well.

However, Guzide’s happy life turns upside down after she discovers her husband’s infidelity. Tarik has been living with another woman for 5 years and has a little daughter. Tarik lies both to her wife and her lover. Guzide never suspects her husband and thinks that she has a happy marriage. Likewise, Tarik’s lover Yesim (Asena Girisken) also does not know that Tarik is married to another woman.

END_OF_DOCUMENT_TOKEN_TO_BE_REPLACED

Synopsis
Macide (Neslihan Atagul) is a young and beautiful girl who has studied psychology and has been working at a private company. She has an ordinary life together with her mother. Macide has some problems with her mother who is addicted to gambling. Even though she complains about her mother’s reckless behavior, she tries to do her best to get along well with her.

Macide is not happy at her job and wants to become a healer as like her father. She eventually gets her courage and quits her job and goes to Istanbul to attend a training course about healing. She just wants to follow her destiny and tries to understand whether she has a healing power or not.

END_OF_DOCUMENT_TOKEN_TO_BE_REPLACED

Synopsis
Halis Agha (Cetin Tekindor) is the head of Korhanli family who founds a large jewelry company from nothing. He is an authoritarian man who always says the last word in the family. Even though he has some health problems and leaves the family business to his son Orhan, he still continues to make important decisions.

Ferit (Mert Ramazan Demir) is the grandson of Halis Agha. He graduates from a university in the USA just because his family wants to send him away as a punishment. After returning to Istanbul, Ferit continues his carefree and reckless life.

END_OF_DOCUMENT_TOKEN_TO_BE_REPLACED 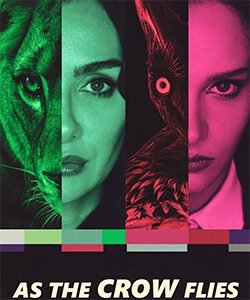 Synopsis
Lale (Birce Akalay) is a successful anchor who has a perfect life. She is married to Selim (Burak Yamanturk) and has two children. She successfully manages the work-life balance.

Lale has been working as an anchor for a long time together with her college friends. Kenan (Ibrahim Celikkol) is a handsome man who used to date Lale during their college years. Even though he still loves Lale, he respects her new life and remains beside her as her trustworthy friend.

END_OF_DOCUMENT_TOKEN_TO_BE_REPLACED

Synopsis
Naz (Sinem Unsal) has just graduated from the police academy as the most successful student. Even though her mother always wants her to become a nurse, she chooses a difficult way and becomes a police officer to protect her family. After her father passes away, Naz lives together with her mother and uncle and tries her best to protect them.

END_OF_DOCUMENT_TOKEN_TO_BE_REPLACED

Synopsis
Tolga (Burak Yoruk) is a popular young actor who is a prince charming for young girls. He is at the top of his acting career. He comes from a wealthy family and enjoys his life.

END_OF_DOCUMENT_TOKEN_TO_BE_REPLACED

Synopsis
Ertan (Emre Bey) is a young and handsome Turkish guy who lives in North Macedonia together with his big family. He has been raised in Turkish culture so that he would not forget his roots.

Ertan lives in Istanbul for four years apart from his family in order to study at the university. He aims to become a radio programmer and for this reason, he studies radio and television in Istanbul. However, his family thinks that he has been studying architecture in Istanbul.