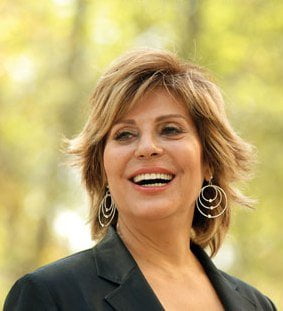 END_OF_DOCUMENT_TOKEN_TO_BE_REPLACED

Synopsis
Muazzez (Gizem Karaca) is a beautiful and young girl who loses her father and becomes all alone in this world. After her father’s death, she struggles with the difficulties in her life but she never loses her hope. She thinks that she does not have any relative, for this reason, she tries to stand on her own legs. However, she has an uncle whom she has never met. Her uncle has been angry at Muazzez’s father for a very long time that’s why, he has never seen Muazzez. When Muazzez loses her father, her uncle decides to look after her nephew and sends his older son Namik (Murat Han) to find her. Namik explains everything to Muazzez and bring her to Istanbul. Now, Muazzez has a new life in this beautiful city. She starts to live with her uncle, her cousin Sait (Mehmetcan Mincinozlu), Namik and his wife Sayeste (Seda Akman).

END_OF_DOCUMENT_TOKEN_TO_BE_REPLACED

Profile
Name: Gizem Karaca
Birthdate: September 7, 1992
Birthplace: Istanbul, Turkey
Height: 170 cm
Eye Color: Brown
Hair Color: Brown
Education: Istanbul University French and French Literature (Dropped-out) (Istanbul Universitesi Fransiz Dili ve Edebiyati Bolumu – Terk)
Talent Agency: Talento Cast Agency
Spouse: Kemal Ekmekci (m. 2017 – present)
Biography: Gizem Karaca was born on 7 September 1992 in Istanbul. Her mother is Albanian and her father is Thessaloniki Turk. She spent her childhood in the USA and Canada when her parents moved there. She went to primary school in the US and secondary school in Canada. She and her parents moved to Turkey when she was going to high school. Gizem Karaca studied high school in Turkey and won Istanbul University French and French Literature. She participated to Miss Turkey in 2011 and became 2nd ranking. After then, Gizem Karaca started her acting career in television with her lead role in Turkish series Lightning Within House (Eve Duzen Yildirim). In 2013, Gizem Karaca went to the US in order to take acting training from New York Film Academy. In 2017, Gizem Karaca got married to businessman Kemal Ekmekci.

END_OF_DOCUMENT_TOKEN_TO_BE_REPLACED

Synopsis
Kocabas family, originally comes from Antakya, lives in Istanbul. The head of the family is the father Sehmuz (Altan Erkekli) who lives with his wife Servet (Fusun Demirel), his daughter Gulistan (Hasibe Eren), his son-in-law Selahattin (Olgun Simsek), his son Riza (Beyazit Ozturk), and his grandson Orcun (Bartu Kucukcaglayan). Riza is engaged with Nurhayat (Gupse Ozay) but never wants to marry her. He could not continue to do whatever his family wants and at the end, he decides to live as he wishes and breaks up with Nurhayat. Now the whole family tries to reconcile them.

END_OF_DOCUMENT_TOKEN_TO_BE_REPLACED

Profile
Name: Sarp Apak
Birthdate: November 11, 1981
Birthplace: Diyarbakir, Turkey
Height: 181 cm
Eye Color: Brown
Hair Color: Black
Education: Dokuz Eylul University Fine Arts Faculty – Acting (Dokuz Eylul Universitesi Guzel Sanatlar Fakultesi Oyunculuk Bolumu)
Talent Agency: Dilek Carkci Management
Spouse: Bengisu Uzunoz (m. 2018-present)
Children: Guney Apak
Biography: Kerim Sarp Apak was born in 11 November 1981 in Diyarbakir. His mother is from Adana and his father is from Antakya. When he was 5 years old, his family moved to Bursa and Sarp Atak grew up there. He studied at Bursa Boys’ High School. Even though he was planning to study at Business School, his theatre life began when he received an application form for talent exams. In 2004, he graduated from The Faculty of Fine Arts, Department of Acting at Dokuz Eylul University and went to Istanbul with the support of his teacher, Baris Erdenk. He became very successful at a theatre play Cholera Street (Agir Roman) at Sadri Alisik Theatre and joined to the BKM Group. After then, he took part in various television and theatre projects. Sarp Apak achieved her real fame with his role Tanriverdi at popular Turkish television series European Side (Avrupa Yakasi). In 2007, he wrote and composed a song “I Was Burned with Your Love” (Askinla Yandim) and managed to make the list of many rock music listeners. Sarp Apak was sentenced to 10 months in prison for “drug use” and the court adjourned the prison sentence because the sentence was less than a year.