Synopsis
Melike (Burcu Ozberk) is a young and clumsy girl who is the daughter of a Turkish family living in Germany. Melike moves into Istanbul in order to fulfill her dreams of becoming a successful journalist. She lives in Istanbul with difficulty and works at the news agency.

Melike has many lies. She earns just a little more from a minimum wage and has difficulty even for paying her rent. But, her family thinks that she does not have any financial difficulty.

Melike tries her best to become a successful journalist but she is far away from her dreams. She just writes horoscope news on magazine section of the newspaper. But, her family thinks that she has won a best journalist award in the country. On top of that, Melike has a one-sided love towards a famous plastic surgeon Mehmet (Ali Ersan Duru) who is dating with Melike’s boss Ilknur (Leyla Goksun).

END_OF_DOCUMENT_TOKEN_TO_BE_REPLACED 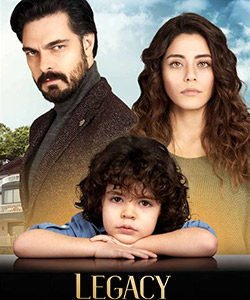 Synopsis
Seher (Sila Turkoglu) is a young and beautiful girl who lives together with her father. Her sister Kevser (Meltem Kilic) is not allowed to visit her parent after she got married to the heir of Kirimli family. Her father cuts all ties with Kevser after then and cannot forgive her.

END_OF_DOCUMENT_TOKEN_TO_BE_REPLACED

Synopsis
Ozan (Tolga Saritas) is an idealist journalist who seeks for truth and justice for any occasion. He is in love with Elif (Dilan Cicek Deniz) who is a journalist in the same company like himself.

Ozan starts to investigate a mysterious case where a group of people go blind after showing same symptoms. All these people hear supernatural voices just before going blind. Ozan wants to reveal the reasons behind this case and is about to meet a chemistry professor. However, he dies all of a sudden after being hit by a car.

Out of pure coincidence, Ozan is reincarnated in a new body. He is informed that he has been given a second chance in order to finish his unfinished work. While doing so, Ozan is not allowed to tell his true identity to anybody, even to his fiancée and family.

END_OF_DOCUMENT_TOKEN_TO_BE_REPLACED

Synopsis
Tarhun family is a wealthy and well-known family in Istanbul. The head of the family, Hikmet Tarhun (Berkant Muftuler), is diagnosed with a terminal disease and therefore, starts to worry about his family’s future.

END_OF_DOCUMENT_TOKEN_TO_BE_REPLACED

Synopsis
Selim (Ali Atay) is an idealist prosecutor who is married and has two children. He dedicates all his time to his work, lives in Istanbul apart from his family, and neglects his family most of the time.