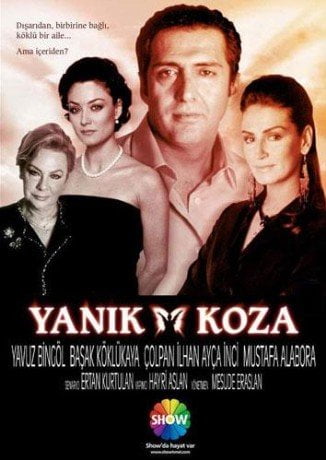 Celebi family is a wellknown and respected family in Bursa (the city in western Turkey). The eldest son, Galip (Yavuz Bingol) runs the family business which is based on textile. Galip is married to Hanzade (Basak Koklukaya) and has a son named Omerasaf. Hanzade is a lovely young woman who has a secret that she cannot tell even Galip about.

In burned cocoon (yanik koza) tv series story, you will explore a family which is surrounded with secrets. How will Galip react when he learns that he is not the biological father of Omerasaf? Will Galip manage to discover the truth about their past and forgive his wife? Will the marriage of Galip and Hanzade stand for the secret buried in this family?