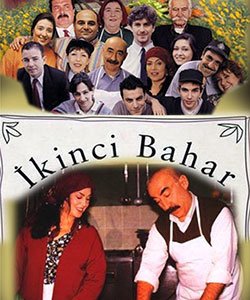 Ali Haydar (Sener Sen) is a kebab-master from Antep which is a city in the east of Turkey. After losing his wife, he gives all his attention to his three daughters. He has a simple life with his kebab-restaurant.

In second spring (ikinci bahar) tv series story, you will explore a romance, comedy, family relations, hope, anger, conflict and betrayal at the same time. Also, you will see that a love story does not have to include a young couple. Will Hanim and Ali Haydar come together at the end? Will children approve their relationship? Will second spring start after cold and long winter?