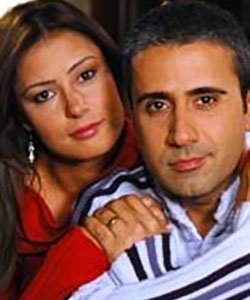 A wealthy and deep rooted Vardarlilar family owns vast estates in Mugla (the city in western Turkey). They have three daughters and the family patriarch Ethem (Halil Ergun) wants a boy who will take the place of himself and manage the family business in the future.

After 25 years, we see that the son of the Vardarlilar family Emirhan (Emrah) is at the helm of the family business and the girl raised in the poor family Reyhan (Sinem Oztufan) is an agricultural engineer.

After all these years, a fateful coincidence brings Reyhan and Emirhan together again. When Emirhan encounters Reyhan, he is immediately drowned to her without knowing all the truth about their past.

In the big lie (buyuk yalan) tv series story, you will explore a profound love which is surrounded with secrets. Will the secret between Emirhan and Reyhan be revealed? Will Ruksan manage to forget the past and forgive herself? Will the secret buried in these lands make the strong feelings of Reyhan and Emirhan impossible?