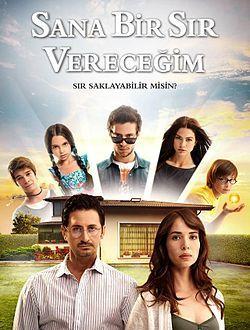 Synopsis
“I’ll Tell You A Secret” is the first Turkish fantastic drama.

Sevgi (Esra Ronabar) is the mother of a young girl who has disappeared mysteriously. While searching her daughter, out of pure coincidence, Sevgi meets Mehmet (Murat Han) who has a little son.

Sevgi, Mehmet and these children create new identities and start to live all together. They act as a normal family while they are trying to understand the reason of the superhuman abilities.

In i’ll tell you a secret (sana bir sir verecegim) tv series story, you will explore the lives of ordinary kids who discover superhuman abilities. Will Sevgi eventually save her daughter from evil pursuers? Will Sevgi and Mehmet create a safe environment for the kids with extraordinary powers?