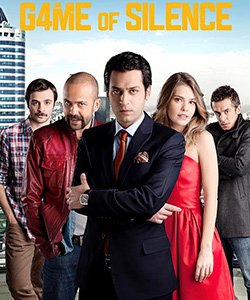 Ecevit (Murat Yildirim), Bilal (Sarp Akkaya), Zeki (Tuncay Mercan), and Ibrahim (Guven Murat Akpinar) are four young boys who are close friends and are living in the same neighborhood. There is also a beautiful girl, Ahu (Asli Enver), who is in love with Ecevit.

Because of this tragedy, they are sent to a children detention center for 6 months. They just think that after 6 months everything will be same again. However, their days in prison become a nightmare for them. They are brutalized by some of the children in the prison.

Unfortunate and devastating events never end until the day they are free again. While they are leaving from the prison, they also say goodbyes for their childhood.

They make a pack that they will not see each other again and they will remain silent. In order to forget the things in prison, they promise each other.

They keep their promise for years. They never see each other and they try to forget their pasts. Ecevit leaves his neighborhood and becomes a successful lawyer.

Zeki also goes another place and becomes a driver for a successful businessman. Bilal and Ibrahim try to handle this tragedy by helping each other, for this reason, they continue to live in their neighborhood but they never become normal again. Only Ecevit becomes successful in life.

Years later, these four men become together again. They break their pack and return to exact their vengeance.

In game of silence (suskunlar) tv series story, you will watch a revenge of five men while exploring mystery, twisting events, love, friendship, and hatred at the same time. Will revenge fill the emptiness in their hearths? Will they forget about their past and live the rest of their lives peacefully? What will happen to their friendship? Will the childhood love between Ecevit and Ahu blossom again after long years?