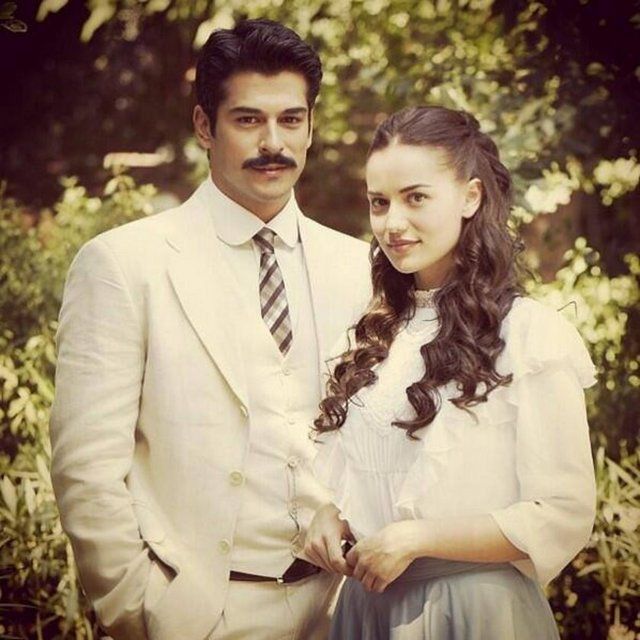 The story takes place in the early twentieth century.

Feride (Fahriye Evcen) is an orphaned girl who lost both her parents when she was a little child. She starts to attend a boarding French school in Istanbul and stays with her aunt’s family during the summer holidays. Feride reflects her pain belligerently. For this reason, she is given the nickname “wren” during her time at school for being mischievous and vivacious unlike other girls.

Although Feride has grown up without the love of her parents, she does not feel that she is lonely at all. She has many friends at school and at the same time, she has a chance to stay with her aunt’s family. Her aunt has two children, a charming young man Kamran (Burak Ozcivit) and a young girl Necmiye (Ebru Helvacioglu). Necmiye is jealous of Feride and could not stand to see her parents show affinity towards her cousin. On the other hand, Kamran is a young doctor who is very successful, hardworking, calm and cool. It seems that Feride and Kamran could not get along with each other because they often argue without any reason. However, in reality, they are in love but are not aware of that fact.

Feride always shadows her love through harsh treatment towards Kamran. For instance, when she learns that Kamran is in a relationship with a young woman, she tries to hurt him. However, as the story develops, both Feride and Kamran realize their love. They get engaged but Feride leaves Kamran the night before their wedding, upon discovering that he has been unfaithful to her. After that, Feride leaves everything behind and escapes from Istanbul. As a young school teacher, Feride tries to start over a new life but never forgets her first love.

In Lovebird (Calikusu) tv series story, you will explore the difficult life of a young school teacher, Feride. Will Feride live the rest of her life peacefully? Will Feride eventually forgive her only love, Kamran?