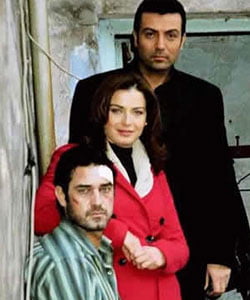 Esmer, Ali, and Ezel are best friends in orphanage. They are inseparable, they are family and they are every thing to each other. However, when a family wants to adopt Ezel as a replacement for their dead daughter, the life of these three friends changes forever.

In this story, you will explore the lives of three close friends who grow apart and then become bitter enemies when they meet again. Will Ali, Ezel and Esmer discover the truth about their past and learn the real identity of each other? Will Ali and Esmer manage to settle down the conflict between them? How will Esmer feel when he learns that Aylin is actually Ezel whom he tries to find all these years?