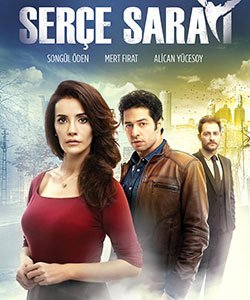 Upon learning her husband’s betrayal, Serce accepts the marriage proposal of an old man but gives up at the last minute since the man does not want her children. After learning this marriage issue, Serce’s mother-in-law Safiye (Gulen Karaman) gets angry and decides to sale Serce’s house. Serce does not want to step back because she knows that she is absolutely right and it is her husband who has made this big mistake. Thus, Serce starts to work in a food company to raise money that is enough to buy the house where she and her children live.

Meanwhile, Serce’s first love Kadir (Mert Firat) returns to their neighborhood and things get complicated. Kadir, who is a taxi driver, wants to be close to Serce again and tries to gain her trust. However, Serce is tired of being cheated by the ones whom she has trusted and loved most.

In my destiny tv series story, you will explore the hard life a widow woman Serce and her struggle to stand upright against everyone. Will Kadir manage to gain Serce’s trust again? Will Serce forgive his first love Kadir and start a new relationship with him? Will Serce choose Ali Riza or Kadir?