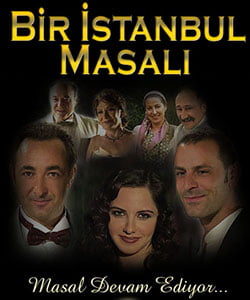 Esma (Ahu Turkpence) is the young daughter of a family working at a rich mansion. Her father Cemal (Altan Erkekli) is the chauffeur and her mother Suzan (Vahide Gordum) is the cook of Arhan family more than 30 years.

Demir has taken over the business after the retirement of his father Omer (Cetin Tekindor) and tries to get used to his new position and at the same time to run their company as smoothly as possible.

When Esma returns to an attractive and sophisticated woman, this transformation not only affects Demir but also Selim.

In this story, you will explore a love triangle which is surrounded with a class difference between rich and poor families. How will the remarkable change of ugly duckling affect every member of the family? Will Esma be the part of noble and rich Arhan family? Will real love overcome all the obstacles?