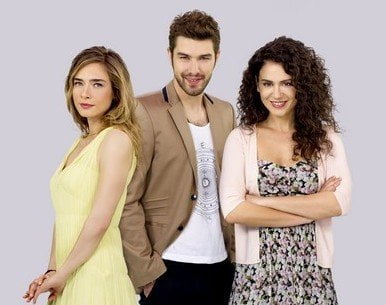 Synopsis
Demir (Furkan Palali) is a young and handsome guy who has graduated from an university in the U.S. He lives happly without knowing the hardships of the life. When he returns to Istanbul, he expects that he would be the boss at his family business. However, Demir’s father (Mazlum Kiper) wants him to understand how true life is. For this reason, his father asks him to be a simple worker at one of his factories and to learn the business from the start. If Demir does not accept that offer, his father would not give him any money and would not let him stay at his house or use his credit cards, cars, etc.

Demir has nothing to do but to work at the factory as an ordinary worker. He involuntarily accepts his father’s offer. He thinks that his father would change his mind after 2 or 3 days. But, he does not know that his father is really determined at this time.

The next day, Demir goes to factory and introduces himself as Emre. He never reveals that he is the heir of a rich family. He acts as if he is a poor guy. There, he meets Deniz (Ekin Turkmen) who is a young and beautiful girl. Deniz also works at the factory as an ordinary worker. She becomes the head of the family and starts to bring home the bread after her parents passed away. Now, she lives happly with her little sister Derya (Derya Beserler) and just wants that her little sister would have a good career.

Demir/Emre and Deniz fall in love at fist sight. In this story, you will explore pure love between rich guy and poor girl. Will Deniz bring happiness to Demir/Emre? Will anybody learn the true identity of Demir/Emre? What will happen when Deniz learn the truth about her first love Demir/Emre?