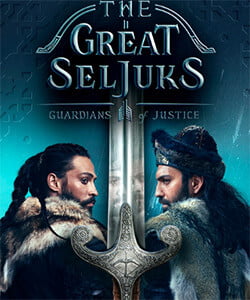 The story takes place in the 11th century.

Nizam al-Mulk gives a name of Sencer to this baby. He tries to do his best to keep him apart from the throne and manages to do that for a long time.

18 years later, Sencer (Ekin Koc) becomes a fearless, idealist, and courageous soldier. Even though he knows that his father is the sultan of Seljuk Empire, he stays away from him and does not reveal his identity. Sencer dedicates his life to serve for his country and starts to take on difficult tasks.

Out of pure coincidence, Sencer comes across to his father. He saves the life of Sultan Meliksah when he is about to be assassinated. As a result of his bravery, he becomes a bouncer of Meliksah and is awarded with a pureblood horse. Even though Meliksah does not know the true identity of Sencer, he trusts him and starts to give him important tasks.

In fact, the assassination is arranged by “batini” group. Hassan-i Sabbah (Gurkan Uygun) and his missionary leader Abdu l-Malik ibn Attash (Murat Garibagaoglu) look to restore the Fatimid Empire hence they do whatever it takes to weaken the Seljuk Empire. In order to set Seljuk Empire against its ally Anatolian Turkoman, they use the symbol of “eagle with two heads” in their assassins.

Sencer and vizier Nizam al-Mulk understand that the batini group is behind the assassination. However, they do not have any evidence to justify their views. Since they cannot persuade the council committee, Meliksah gives an order to bring the leader of Anatolian Turkoman to make a statement.

Meliksah’s son Muhammed Tapar (Ali Gozusirin) is assigned for this task. Sencer also accompanies his brother throughout their journey. When they arrive at the Anatolian Turkoman land, they see that their leader is a young woman Elcin (Leyla Lydia Tugutlu). Even though her father was killed by Seljuk Empire and her brother is taken captive by Seljuk Empire, Elcin does not rebel against Meliksah’s order. She does not want to go to a war and immediately accepts to appear before Meliksah to refuse assassination allegations.

Meliksah tries to do his best within the palace and at the same time, fights against “batini” group, Byzantine Empire, and fellow rival states who seek to weaken the Seljuks.

Within this chaos, Sencer falls in love with Turna (Sevda Erginci) who is a successful healer at first sight. While he fights for the sake of Seljuk Empire, he also does his best for his love.

The Great Seljuks: Guardians of Justice (Uyanis: Buyuk Selcuklu) tv series story is about the rise of the Seljuks under Sultan Meliksah and his son Sencer. Will Sencer reveal his identity to his father Sultan Meliksah? Will Sencer and Turna get through all the obstacles on their ways? Will Meliksah and Sencer become successful for their fight against the Byzantine Empire and Hasan Sabbah? Will Elcin manage to prove her innocence and clear the name of Anatolian Turkoman?