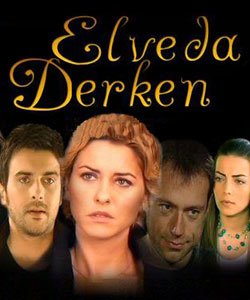 Lale (Ece Uslu) is a pediatrician and has a very happy family. She deeply loves her author husband Ege (Sinan Sumer) and her two little daughters. But her happy life changes when she is diagnosed a deadly terminal disease, a tumor in her brain.

In moment of farewell (elveda derken) tv series story, you will explore a dramatic story of a beautiful woman torn between her two children and her struggle with life. Also, the story sheds light on how the kids end up suffering even more than the parents do after the divorce case. Will the sacrifices of Lale make her husband and daughters happy? Will Lale eventually recover from her deadly disease? How will Ege react after learning all the truths?