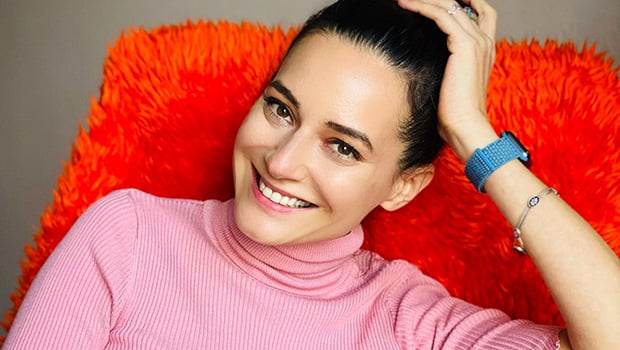 From the Interview with Sedef Avci

Do you have a mentor?

I have been at Gaye Sokmen Agency for 22 years. They know me just like my family, even better than them. They know exactly where I can be happy, what I can love, what I am fit for. So, I consult with them the most about work. Their vision of the script is different from other people’s.

What do you do on your spare time?

I have a daily routine indexed to my son Can. I go to the gym after he goes to the school. I hang out with my friend who is available at that time and I generally spend my time at home.

What do you do to exercise? Do you care about your diet?

I am just doing pilates. I have scoliosis in my back. Thus, I don’t exercise to lose weight, I just go to the gym to feel fresher and healthier. I do not pay any attention to my diet. I have never been on a long-term diet. I am not the type to like junk food but I like dessert and fast food like hamburgers and fries. I think I lose weight on the power of thought.

What is ballet for you?

I did ballet for about nine years, but I had to quit because my bone type was not appropriate to ballet. I wish I could. You have to have an outpatient bone to get to your fingertips and I do not have that bone

You have been married to Kivanc Kasabali for a long time. What is a secret to have a good marriage?

Every couple has a different formula. It is a matter of good match. You meet someone and then, you fall in love. That love increases and decreases over time. There is no way it is going to stay on the same level all the time. We are talking about my 19-year of marriage. I am 37 years old. Think about it, it is the half of my life. It is not always easy to achieve a balance. I cannot say that we never argue. However, as much as we respect each other’s space, our love continues. By this way, the relationship lasts a long time.