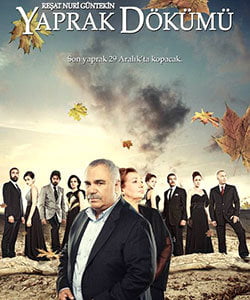 
In Leaf Cast tv series story which is based on the work of the foremost Turkish author Resat Nuri Guntekin, you will explore the resistance of a family to social and economic conditions. Will Ali Riza manage to keep his family together despite all the hardships or will his family completely fall apart? Will their arrival in Istanbul transform each family member in a way they can’t imagine? Will the fall of the leaves be avoidable in this family which has strong values?