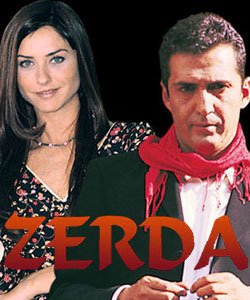 Sahin (Yavuz Bingol) and Zerda (Ece Uslu) are two young people that deeply in love. They live in Gaziantep in the East of Turkey. Sahin comes from a traditional conservative family whereas Zerda is a daughter of an ordinary teacher and has been raised as a Westerner.

In zerda tv series story, you will explore a love story that grows up between modern world and traditions, sometimes full of tragedy that will make you cry, and sometimes full of humor to make you laugh. Will Zerda forgive Sahin? Will Ece Uslu and Yavuz Bingol manage to escape from the burdens of tradition? Will their love overcome every obstacle?