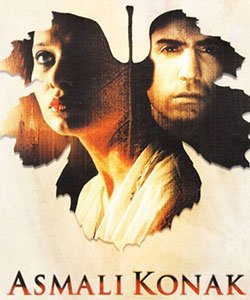 A wealthy Karadag family owns vast estates in Cappadocia in Middle Turkey. After the death of the family patriarch, the oldest son Seymen (Ozcan Deniz) takes the place of his father.

They settle in the Vine Mansion and start to live with Seymen’s mother Sumbul (Selda Alkor), brother Seyhan (Devrim Saltoglu) and two sisters. Soon, Bahar realizes that his new home is very different than hers and is astounded by the behaviors and mannerisms of the local people.

In this story you will explore love, jealousy, controversy, intrigue, power struggles and secrets revolving around the Vine Mansion while going to the enchanting world of Anatolia. Will Bahar be accustomed to her new world that is completely different from the one she has known? Will the love between Bahar and Seymen be a new eternal love story that is said from generations to generations? Will their love stand for the conflict between modernity and tradition?