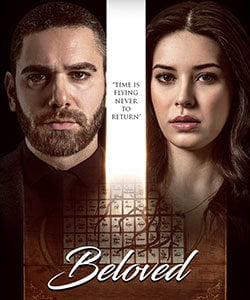 The life of Aziz changes dramatically when he bumps into Feride (Devrim Ozkan) out of pure coincidence. Feride is a decent young girl who works as a fashion designer in a small textile company. After her mother passed away, Feride starts to live together with her father, step-mother and step-siblings. She quits her school in order to support her family financially but no matter what she does, she cannot gain the trust and love of her step-mother. Feride loves her father so much and for this reason, she resists all the annoying treats of her step-mother to make her father happy.

Aziz and Feride bumps into each other out of pure coincidence. When Feride goes to a birthday party at a luxurious restaurant with her sister, she witnesses a fight while she is wandering around. At the fight, Aziz kills two gangs in order to protect himself and his step-brother Kerem. Feride witnesses all the things but cannot call the police when she is threatened by Aziz. She does nothing to do but to move away from the scene of accident immediately.

The next day, Feride builds up her courage and goes to the same restaurant. She wants to see the recorded security video concerning the day before. However, the restaurant owner informs Aziz about her. When Feride sees Aziz before her, she understands that it would be even impossible to penalize the rich and powerful people.

In the story of Beloved (Vuslat), you will explore the love between a rich man and a decent young girl while discovering islamic mysticism. Will Aziz get impressed by Feride’s character? Will Feride get rid of prejudice about Aziz and start to see his true feelings? What is the secret about the past that concerns about both Feride and Aziz? Will Kerem manage to damage his step-brother Aziz?