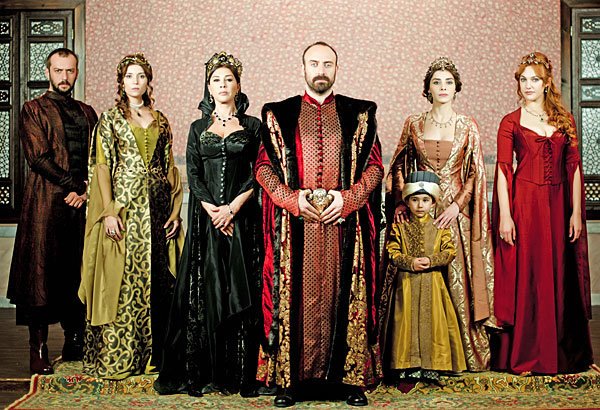 Upon succeeding his father, Suleyman begins a series of reforms in the palace. He makes his boyhood friend Ibrahim the royal falconer although Ibrahim is originally Greek Orthodox and educated at the Palace School under the devshirme system. Under his reign, he makes some changes in the legal system that would affect the current staff in the palace.

One day, Suleyman comes across one of the harem girl, Alexandra (Meryem Uzerli), and is infatuated with her. Alexandra is the daughter of an Orthodox Ukrainian priest and is a slave in the Ottoman Palace. Although she is rebellious and doesn’t obey the rules at the beginning, she decides to take revenge of her parents through gaining the heart of Sultan Suleyman. After that, Alexandra tries to attract Sultan Suleyman and wants to be his woman not for just one night but for 1001 nights.

In magnificent century (muhtesem yuzyil) tv series story, you will explore passion, love, jealousy, controversy, intrigue, power struggles and secrets revolving around Ottomon Palace while going to the enchanting world of Ottoman Empire. Will Sultan Suleyman achieve his ultimate goal: building a world empire that would encompass the east and the west? How will the arrival of Alexandra/Hurrem affect the future of Ottoman Empire? Will Alexandra/Hurrem rise through the ranks of the harem and become Sultan Suleyman’s favourite?