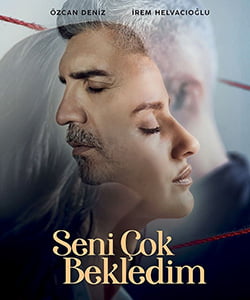 Kadir (Ozcan Deniz) is a middle aged business man who lives in Doha to carry out his business in abroad. He is a cool and successful guy who never believes in coincidences. He achieves to grow the family business through working so hard.

In 1993, Kadir eventually finds his mother and his brother in Istanbul at his grandfather’s house. He learns that his mother is now married to her ex-fiancée Cemal (Mustafa Ugurlu).

Kadir’s grandfather is a wealthy businessman who owns a company. He provides a good living conditions for his daughter and grandchildren. Kadir starts to live in Istanbul after he finds out his family.

Kadir lives in a big mansion together with his grandfather, his mother Mihre (Lila Gurmen), his step father Cemal (Mustafa Ugurlu) and his younger brother Erol (Ilhan Sen). He never forgets his birth father and cannot accept that his mother is married to another man after his father’s death. For his reason, he does not get along well with his step-father Cemal.

In order to carry out family business, Kadir lives in Doha apart from his family. Out of pure coincidence, he bumps into Ayliz (Irem Helvacioglu) at the airport.

Kadir loses out his ring inherited from his late father and Ayliz finds that ring at the airport. Their encounter is just similar to how Kadir’s parents met years ago. Thus, Kadir believes that this encounter is not a coincidence but a destiny.

Ayliz is a beautiful young girl who comes to Doha for business. She is engaged to another guy named Serkan (Gurkan Guzeyhuz) and is planning to get married soon. Even though she is also attracted by Kadir, she tries to be realistic. She does not want to be carried away by her feelings and fall in love with someone just like her mother.

Kadir believes that Ayliz is a special girl whom he has waited for a long time. He knows that Ayliz’s fiancée does not deserve her. Hence, he tries to persuade her to break off the engagement and accept his feelings. However, he cannot manage to persuade her.

In order to prove that they have met thanks to destiny, Kadir makes an interesting offer as a last resort. He gives his ring inherited from his late father and asks Ayliz to throw it away. If they find that ring in the future by chance, they would understand that they have met for a reason. If they find that ring, Ayliz promises to listen to her heart.

Kadir involuntarily leaves Ayliz in the hope that he would meet her in the near future.

4 months later, Kadir comes to Istanbul when his grandfather calls him. Kadir’s grandfather gets an interesting phone call and learns that Erol is not his real grandchild. Before disclosing this truth, he passes away and leaves a big secret behind.

As time passes, it is revealed that Erol (Ilhan Sen) is the real son of Cemal and he is the brother of Ayliz. At the same time, Selahattin (Caner Sahin) is the real son of Mihre and he is the brother of Kadir. Selahattin has been raised in Erzincan by his foster family and believes that his birth parents passed away due to an earthquake in 1992. Out of pure coincidence, Selahattin comes to Istanbul and comes across to his real family.

Meanwhile, Kadir bumps into Ayliz in Istanbul out of pure coincidence. The story becomes more complicated when they find the ring that they threw away 4 months ago in Doha. Kadir falls in love with Ayliz without knowing that she is Erol’s sibling.

Waiting for You (Seni Cok Bekledim) tv series story is about two lovers Kadir and Ayliz who are destined to be together despite all the obstacles. Will Ayliz accept that Kadir is her fate? Will Ayliz cancel her wedding when she comes across to Kadir? Will Kadir and Ayliz overcome the challenges to their blossoming romance? Will Kadir learn that his real brother is Selahattin? How will Erol reach when he learns his real parents?

Kadir: He is a successful businessman who works for the family company founded by his grandfather. He is determined and strong. He never believes in coincidences. He believes that everything happens for a reason.

Ayliz: She is a beautiful photographer. She has been raised by her mother and does not know her father. For this reason, she is a realistic person who tries to be strong and independent throughout her life.

Cemal: He is an ambitious man who does anything in order to reach his goals. He is a step father of Kadir. He does not refrain from committing a murder. He does not get along well with Kadir and for this reason, he wants to give more power to his real son Erol. After an earthquake in 1992, he tricks Mihre, brings his real son from another woman, and gives him Mihre as her own baby.

Mihre: She is the mother of Kadir and she is married to Cemal. She was in hospital to give birth to her second son when the earthquake strike in 1992. She raises Erol as her own baby without knowing that he is the son of another woman.

Erol: He is the real son of Cemal. He has been raised in a wealthy family without knowing his true family. He believes that Mihre is his mother, Kadir is his brother and Cemal is his step father.

Selahattin: He is the real son of Mihre. He has been raised in a modest family in Erzincan. He believes that his birth parents died in the earthquake in 1992.