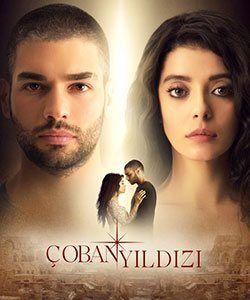 Zuhre (Selin Sekerci) is a young and beautiful girl who lives in Nigde (the city in the middle of Turkey). She is forced to get married to an old man and brought to Cappadoccia for her forced wedding.

The head of Karakaya family is an old man named Fikret (Menderes Samancilar) who wants to get married to Zuhre even though he is so much older than her. Fikret persuades Zuhre’s father and gives him some money in return to this marriage. He wants to make Zuhre as her bride even if he knows that Zuhre does not want to get married. He thinks that sooner or later Zuhre will understand his power and will not do anthing but to accept this marriage.

On her wedding night, Zuhre is determined to kill herself. However, she stabs Fikret accidentally and runs away from the house without being seen by the guards. She does not have anything, neither money nor belongings. And she hides behind Seyit’s stone workshop.

The next day, Seyit finds Zuhre in his workshop and decides to protect her even though it would be so hard to go against Karakaya family. He is attracted to Zuhre’s innocence and resistance. However, he has to deal with Fikret and his dangerous son Zekkar (Selim Bayraktar). Zekkar is a nightclub boss in Istanbul and becomes the biggest obstacle in front of Seyit and Zuhre. He makes their lives a nightmare.

The story begins in Cappadoccia and expends to Istanbul.

In lodestar (coban yildizi) tv series story, you will explore the story of Zuhre who is forced to get married to an old man and brought to Cappadoccia for her forced wedding. Will Zuhre manage to escape from her fate and find happiness eventually? Will Seyit manage to protect Zuhre? Will Fikret forget his prospective wife Zuhre and continue to live in peace? Will Zekkar get what he wants this time?