Tolga (Burak Yoruk) is a popular young actor who is a prince charming for young girls. He is at the top of his acting career. He comes from a wealthy family and enjoys his life.

When Tolga’s new tv series becomes unsuccessful, he decides to shoot another romantic comedy. However, his agent cannot find a female actress who is willing to take part in the same project together with him.

The producer decides to organize an audition in order to find a lead actress for the new tv series. Even though Tolga does not like the idea, he has nothing to do but accept what his producer wants.

Many young girls come to the audition in order to take part in the same project together with Tolga. One these girls is Nazli (Ergul Miray Sahin).

Nazli is Asya’s elder sister who dreams of becoming an actress. She comes to the audition together with her sister.

Even though Asya is not interested in acting, she goes to the audition in order to support her sister. In the beginning, her sister becomes very successful but she falls into the trap of Tolga and ruins her performance.

When Asya finds out Tolga’s trick, she cannot stay silent and wants to defend her sister. She starts to discuss Tolga without considering his position and power. Someone records their fight and uploads it to social media.

When their discussion becomes online and many fans start to understand the situation. Many people assume that this video is part of a marketing strategy for Tolga’s upcoming tv series. People love the harmony between Tolga and his so-called partner Asya.

On social media, people start to talk about Tolga’s new tv series and make lots of comments about it. People become very happy to see that Tolga would take part in another romantic comedy with a woman with whom he has so much harmony.

After seeing all the news on social media, the producer wants to make a contract with Asya. He wants to persuade Asya so that she would take part in the upcoming tv series together with Tolga.

Even though Tolga does not get along well with Asya, he cannot object to his producer. He wants to restore his image in the eyes of the public and wants to gain his popularity again. Asya, on the other hand, accepts this offer due to her sister’s persistence.

Love and Hate (Seversin) tv series story is about an ordinary young girl Asya who gets a lead role for a television series together with a popular actor Tolga. Will Asya and Tolga eventually get along well with each other? Will Tolga manage to gain his popularity? Will Asya get used to her new life and become successful at acting?

Asya is a saleswoman who has an ordinary life. She lives happily together with her mother, brother, and sisters. Her father passed away when she was 10 years old. She is interested in literature and poetry. She aims to study literature at the university. She is fearless and is not afraid of standing against injustice.

Tolga is a handsome actor who comes from a wealthy family. His mother Suzan is also an actress. Due to his mother’s work, he has grown up in shooting sets for movies, tv series, and commercials. While his friends were playing on the streets, Tolga took dancing and acting training when he was a little child. He spent his childhood and his youth all alone.

Suzan is Tolga’s mother. After retiring from her acting career, she starts to work as an actor’s agent. She is clever and knows the acting world very well.

Serife is Asya’s mother. She is cheerful and lives for the happiness of her children. She tries to find a balance between her son and her daughters.

Kadir is Asli’s elder brother who works as a driver.

Handan is Asli’s elder sister who is married to Ferdi. She loves her husband so much that she easily forgives his wrongdoings.

Nazli is Asli’s sister who dreams of becoming a popular actress. She wants to take part in Turkish series and for this reason, spends all her time and money for acting. She is a fan of Tolga. 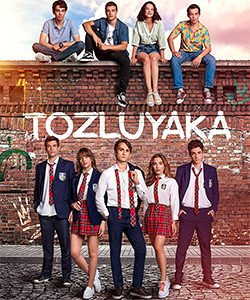