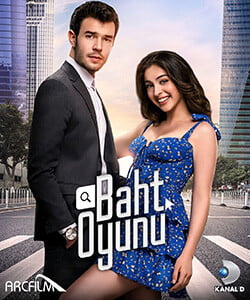 Ada (Cemre Baysel) is a beautiful young girl who has grown up among women who believe that they would be unhappy if they cannot get married to their first love. Her grand-grandmother, her grand-mother and her mother had to live unhappily after they were left by their first-love. Due to this superstition, Ada wants to do anything in order to get married to her first love.

Ada goes to university in Istanbul apart from her family. She falls in love with an international student Ruzgar (Idris Nebi Taskan) at first sight. Ruzgar comes from Albania and studies in Turkey. When he is about to be deported from the country, he comes across Ada.

Ada makes sacrifices day by day in order to find happiness with her first love. She accepts to get married to Ruzgar on paper so that he would be able to stay in Turkey. While Ruzgar continues his education, Ada drops out of school and starts to work. She bears all the financial burden of this relationship. While making all these sacrifices, she keeps all these things secret from her family.

After 3 years of marriage, Ruzgar becomes eligible to become Turkish citizen. Eventually, he gets Turkish identity card. While Ada is dreaming to have a real marriage after all, she is abandoned by Ruzgar all of a sudden.

Meanwhile, Ada confronts Bora. Bora (Aytac Sasmaz) is a young and handsome guy who comes from a wealthy family. Even though he graduates from industrial engineering upon his father’s request, he decides not to work at his family business. He eventually becomes a successful editor-in-chief at his own company.

Bora comes to a restaurant where Ada works as a waitress. He acts as a macho and impolite man in order to gather information for his new article series. He tries to understand how women react to men’s irrational behaviors. However, his field research is misunderstood by Ada.

That day, Ada suffers from a series of misfortunes. She discusses with Bora at the restaurant due to his impolite attitude and loses her job. After then, she sees that her first-love Ruzgar is kissing another woman outside of his workplace. Upon discovering Ruzgar’s betrayal, Ada makes a car accident and is hospitalized.

As a result, Ada and Ruzgar break up. Since Ada believes that she would be unhappy if she loses her first-love, she decides not to give up so easily. She decides to start working at the company where Ruzgar works. She wants to reclaim Ruzgar on the path of happiness.

Ada starts a challenging and romantic journey and gets stuck into her love and her faith. While working as Bora’s assistant, she tries to do her best to win her first-love Ruzgar back.

Twist of Fate (Baht Oyunu) tv series story is about Ada who gets stuck into her love and her faith. Will Ada work successfully as Bora’s assistant? Will Ada and Bora get along well? Will Ada manage to win Ruzgar’s heart? Will Tugce manage to win Bora’s heart?