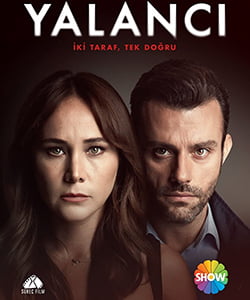 Deniz (Burcin Terzioglu) is a beautiful young woman who works as a literature teacher. She has recently divorced from her husband Murat (Cemal Toktas) and tries her best to start a new life by herself.

Mehmet Emir, on the other hand, is a successful heart surgeon who is well respected and recognized in the society. He is a popular single dad who is rich, kind, and charismatic. After his wife committed suicide for an unknown reason, he has done his best to raise his son properly. He is a tenderhearted and disciplined father towards his son.

The lives of Deniz and Mehmet Emir intersect on various occasions. Deniz is the teacher at the school where Mehmet Emir’s son studies. At the same time, Mehmet Emir works at the hospital where Deniz’s sister works.

After Deniz officially gets divorced from her husband, she becomes a single young lady who is still unsure about getting back on the dating scene. When she comes across to Mehmet Emir at the school yard, she initially rejects Mehmet Emir’s dating proposal.

Deniz’s elder sister Yasemin (Hazal Turesan) tries to persuade her sister. She speaks well about Mehmet Emir whom she works together with at the same hospital. She thinks that Mehmet Emir would be a perfect match for Deniz.

With the support of her sister, Deniz accepts Mehmet Emir’s dating proposal. They have a dinner at a fancy restaurant and enjoy their accompany. After dinner, they walk together to Deniz’s house.

Deniz wants to end the night without going another step further because she still does not feel ready to have a serious relationship. However, she does not have nothing to do but to invite Mehmet Emir to her house after it starts to rain and they could not find a taxi in the neighborhood.

The next day, Deniz wakes up at her bed and feels that something has gone wrong. She does not remember what has happened exactly throughout the night. However, she knows for sure that she is raped.

However, Mehmet Emir has a totally different story about that night. He sends a thank you message to Deniz and speaks well about the night.

When Deniz reports that she has been raped by Mehmet Emir, not only their lives but also the lives of their friends and families turn upside down. Truth and lies go hand in hand and both sides try to persuade others that their story is true. Nobody is sure who is a liar.

Liar (Yalanci) tv series story is about allegation of a rape case where both plaintiff and defendant try to persuade others that he/she is innocent. Who is the liar? Will Deniz remember the missing parts of that night? What will happen to their families and friends after Deniz reports that she has been raped by Mehmet Emir? Will Yasemin and Murat reveal their relationship?