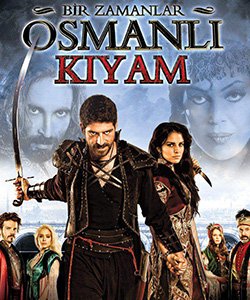 The story takes place in the 18th century when III. Ahmet is the sultan of Ottoman Empire. During that period, Ottoman Empire is exposed to lots of foreign provocations. One of the biggest provocations derives from Iran.

Kasim and Canseza always want to take their revenge from Ottoman Empire because they have lost their father for no reason under this regime. They decide to become partner with Iranian Shah and by this way, try to collapse the Ottoman Empire.

To execute their evil plans, Kasim and Canseza take the son of Iranian Shah and go to Istanbul. On the other hand, Hatice Sultan (Turkan Soray), who is the sister of Sultan III. Ahmet and who lives in the palace, follows the latest news in the Ottoman Empire.

Hatice Sultan knows that in the near future there would be rebellions in Istanbul due to foreign provocations but, she could not learn the details about these provocations. She works with some trustworthy personnel and tries to prevent rebellions. However, she never imagines that this time, it would be too difficult to establish peace.

In the process of discovering the conspiracy about Ottoman Empire, Hatice Sultan loses her best man. Because of this murder, Murat (Cemal Hunal) finds himself in the middle of events.

Murat is a young and handsome man who lives with his wife peacefully. However, his wife is killed by Kasim when she becomes the only witness of the murder.

For this reason, Murat starts to work with Hatice Sultan and wants to find the killer of his wife. However, the story becomes more complicated when Canseza falls in love with Murat.

In ottoman empire: rebellion (bir zamanlar osmanli: kiyam) tv series story, you will watch a true historical story while exploring mystery, twisting events, love, friendship, and hatred at the same time. Will Iranian Shah fulfill his evil plans? Will Canseza forget her hatred and start a new life with Murat? What will happen when Murat learns about the evil plans of Canseza and Kasim? Will Patrona Halil Rebellion bring lots of costs to the Ottoman Empire?