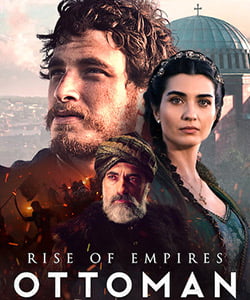 In 1453, Roman Emperor Constantine XI and Ottoman Sultan Mehmed II (Cem Yigit Uzumoglu) start an epic war for Byzantine capital of Constantinople (Istanbul). This war would shape the course of history for centuries.

Mehmed II is a crown prince who is 19 years old. He has been serving as governor in Manisa when his father Ottoman Sultan Murad II passes away. He is young and inexperienced. In order to prove himself and gain the trust of his people, he needs an achievement. Thus, Mehmed II decides to take Constantinople.

As a crowning achievement, Mehmed II sets a high target for himself. Taking Constantinople is not an easy goal because 23 armies has already tried to take Constantinople but failed eventually.

Mehmed II not only fights against Romans but also rival people under Ottoman Empire. Candarli Halil Pasha (Selim Bayraktar) is a grand vizier of Ottoman Empire for a long time. He does not believe that Mehmed II is qualified enough to become a new Ottoman Sultan. Thus, he wants to take control of ruling and intends to make Mehmed II as a puppet under his control.

Candarli Halil Pasha is also close to Loukas Noturas (Osman Sonant) who is the grand duke and right hand man of Constantinople. These two are friends and meet time to time in a secret way. Their friendship is not known by Mehmed II and this causes a threat for Mehmed II’s sovereignty.

Meanwhile, Mehmed II has some close allies throughout his reign. Mara (Tuba Buyukustun) is a Serbian Princess who is Mehmed II’s step mother. She is among Mehmed II’s closest allies under Ottoman Empire. Also, Zaganos Pasha (Ushan Cakir) supports Mehmed II since his friendship during Manisa governorship.

Meanwhile, Roman Empire hires a private soldier Giovanni Giustiniani (Birkan Sokullu) as their secret weapon for Constantinople. Giovanni is a strong warrior who has been fighting for a long time. He becomes the lead commander of Roman army and try to do his best to protect the walls of Constantinople.

The Rise of Empires: Ottoman tv series story is about the Ottoman Empire and Mehmed the Conqueror during the fall of Constantinople in 1453. Will Mehmed II achieve to take Constantinople eventually? What kind of war techniques will be used by Mehmed II and Giovanni? How will Constantinople wall’s be destroyed?