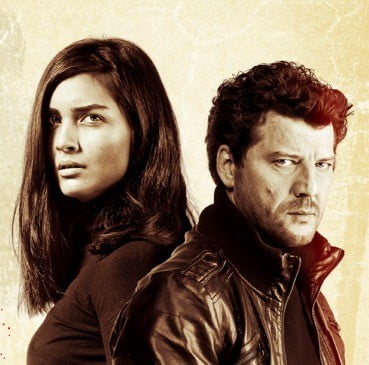 The day when they are celebrating buying a house, the door is knocked and the police arrests Melek for attempted murder. Everything develops so fast that neither Ali nor Melek understands what is going on. The police takes Melek to the police station and Ali can’t do anything. This day transforms Ali’s life so radically that he will never be able to go back to the way he used to live and his whole life will change.

Melek is convicted of murdering a young man and after a trial, she is sentenced to life prison. The police finds Melek’s fingerprints on the murder weapon. Ali tries to prove the innocence of his wife and wants his life back. However, he could not find any evidence that can negate the evidence against her.

Ali becomes obsessed with the idea of breaking her wife out of jail. Although he is a decent and upright guy who has never broken any rule before, he decides to save his wife. He finds Kedi (Bulent Emin Yarar) who successfully escaped from prison several times and consults him to learn the way to escape from prison.

In this tv series, you will see the story of Melek and Ali who love each other to death and risk their lives for each other. You will explore how their perfect life changes in 20 minutes. Will Ali manage to discover the truth about this crime? Will the marriage of Ali and Melek stand for this devastated event? Will Ali and Melek be able to go back to the way they used to live?