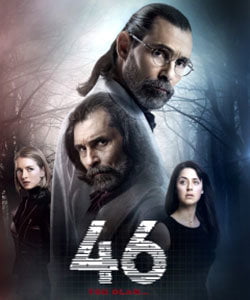 This new medicine releases Murat’s alter-ego that he cannot control and that seeks revenge for his father’s death and his sister’s illness. Murat starts to commit serious crimes without a second thought but never remembers what he has done afterwards. During this journey, he gets great assistance from a newly hired psychologist Ceyla (Melis Birkan), his driver Salim (Berkan Sal) and his uncle Ferit (Metin Bilgin). But at the same time, he has to face with police officers Selin (Yasemin Kay Allen) and Dogan (Saygin Soysal).

In this story, you will explore an unusual crime story from Turkey: Murat professor starts to commit serious crimes after trying a newly discovered medicine on himself. Will Murat manage to save his sister from a long time coma? Will Selin discover the culprit of crimes? Will Murat manage to control his alter-ego and return to his normal life?