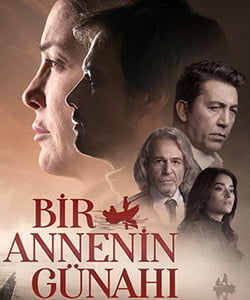 Suna’s eldest son Yusuf (Mert Yazicioglu) studies at the law school and becomes the hope for the family. He is hardworking, mature, responsible and cool guy. While studying at college, Yusuf also works at part-time jobs to support her mother financially.

Suna believes that she and her family would see good times in the near future. After her son graduates from the law school and after she finishes the mortgage credits, she would eventually have a beautiful life that she has longed for.

However, Suna’s simple life turns upside down when her lovely son Yusuf is hospitalized. Yusuf suffers from a heart problem and needs to have a surgery as soon as possible. The surgery costs almost 200 thousand Turkish Liras (approximately 30 thousand USD).

In order to save her son’s life, Suna wants to cash out her investments in the mortgage plan. She has already paid around 200 thousand Turkish Liras for her house and wants to get back this money to afford the heart surgery.

To cash out her investments, Suna goes to the company which is responsible for the house construction in her neighborhood. The owner of the company is Sadri (Musa Uzunlar) who is a well-known businessman.

Sadri is having some financial problems in the company and is about to go bankrupt. He does not have any means to redeem his business. Since he does not want to leave his family without money, he plans to give life insurance funds to his family.

When Suna goes to the house construction company, she wants to meet the president Sadri. She manages to meet him in person and demands her investments that she has deposited into the mortgage plan so far. She explains that her son needs an expensive surgery as soon as possible. For this reason, she mentions that she wants to cash out all her investments even if there is a penalty for that.

Sadri accepts to pay for 200 thousand Turkish Liras on the condition that Suna would kill him. Suna cannot believe this and has nothing to do but to leave the company without cashing out her investments.

Meanwhile, her neighbors want to give a hand for Suna and collect some money among themselves. They only collect 10 thousand Turkish Liras for the surgery.

Suna understands that she does not have another option other than cashing out her investments in the house construction company. The next day, she goes to the company again and learns that the company has gone bankrupt. As a last resort, she wants to talk to Sadri one more time.

When Sadri leaves the company by his car, Suna follows her and wants to have a final chat. She finds him in a deserted area and tries to explain how desperate she is. Sadri is determined to give the money on the condition that she kills him. As both struggle with the gun, Sadri is shot.

Frightened about this struggle, Suna cannot do anything for a while but after then, she thinks about her son. Thus, she takes the money for the surgery and runs away from the scene. When she arrives at the hospital, she learns that her son’s operation is successful while Sadri is declared dead.

Now, Suna has to live with the guilt of her crime. She finds it so hard to live with the burden of killing someone. While she is struggling with the crime that she has committed, her life becomes much more difficult as time goes by.

Out of pure coincidence, Suna’s son Yusuf and Sadri’s daughter Yagmur (Simay Barlas) fall in love with each other. They go to the same university. Yusuf is studying law while Yagmur is playing cello at the fine arts school. When they start dating, Suna finds herself in a desperate situation.

A Mother’s Guilt (Bir Annenin Gunahi) tv series story is about a single mother Suna who has to live with the guilt of killing someone. Will Suna get over the guilt of her crime and start to live in peace? Will Suna explain that she has killed someone for the sake of her son? Will Yusuf learn how his mother has found the money for the surgery? Will Yusuf and Yagmur continue to love each other?