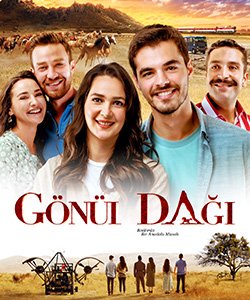 An Anatolian Tale (Gonul Dagi) is based on stories of Mustafa Ciftci.

Taner (Berk Atan) is a young guy who lives in a small town called Gedelli in the middle of Turkey. He has a cozy life together with his family.

Even though Taner used to be a successful student, he cannot attend to the Science High School after his father passed away. At a very young age, he becomes the head of the family and starts to support his mother, his elder sister and his nephews.

However, Taner never gives up his passion for science. He pursues his dreams to become an inventor with the help of his two cousins Veysel (Semih Erturk) and Ramazan (Cihat Suvarioglu).

Years later, Dilek (Gulsim Ali Ilhan) returns to Gedekli as a geology engineer. She has a five-week duty to investigate the rock and soil structure in the town.

Whenever Taner bumps into Dilek, he decides to win the heart of his childhood sweetheart. He knows that it would not be so easy because Dilek is a successful engineer while he does not have a stable job.

Taner and his cousins Veysel and Ramazan have been working on an airplane. They try to do their best to make their invention a success. In their spare times, they work on their inventions.

Taner wants be successful in order to impress Dilek. At the same time, Ramazan wants to attract a beautiful girl Asuman (Hazal Caglar) who is the daughter of mayor.