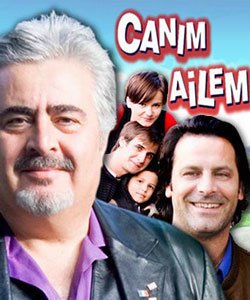 Samim becomes the guardian for three children: 17-year old rebel Yigit, 16-year old math genius Eda, and 6-year old Mertcan. His life changes dramatically, now he needs to have a settled life in Istanbul. With the help of his old friend, Samim finds an old house in Emirgan neighborhood that is totally different from the standards of Yigit, Eda, and Mertcan. Meanwhile, Ali also comes to Istanbul in order to find his missing fiancé Ahsen (Sevtap Ozaltun) and starts to live together with Samim.

Out of pure coincidence, Samim becomes the neighbor of Meliha (Sebnem Bozoklu), whom Samim left on their wedding day 20 years ago. Meliha has never got married since then and dedicates her life to her family. She lives together with her two sisters Feride (Ezgi Mola) and Seyhan (Funda Eryigit) just across the street. Her only aim is to take care of her sisters and see their marriages.

Samim’s arrival not only changes the life of Meliha but also the lives of all the people in this neighborhood. Meliha starts to bring all hidden feelings to light. At the same time, Seyhan who is engaged to Halim (Ilker Aksum) starts to fall in love with Ali.

In dear family (canim ailem) tv series story, you will watch cozy family relations together with anger, sorrow and happiness. Will Samim manage to adjust to a settled ordinary life in Istanbul? Will Meliha forgive Samim and start to have a happy life? Will Yigit, Eda, and Mertcan manage to adjust their new life? Will Ali manage to find his missing fiancé? Will Seygan and Halim get married eventually? Will Feride find true love?