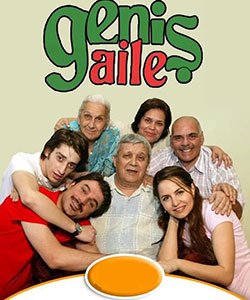 Cevahir (Ufuk Ozkan) is a 28-year old man who returns from Germany. He wants to get married to his childhood love, Sukufe (Zuhal Topal). However, Sukufe is angry at him for his going to Germany and could not forgive him easily.

In the large family (genis aile) tv series story, you will explore comedy, family relations, anger and hope at the same time. Also, you will find your mouth constantly smiling and laughing while watching this television series. Will Sukufe go back to her first love or stay with Bilal? Will Cevahir manage to convince Sukufe or continue to do stupid things?