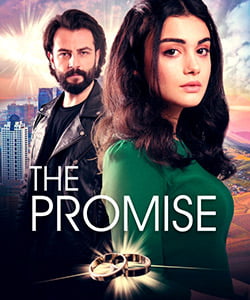 Tarhun family is a wealthy and well-known family in Istanbul. The head of the family, Hikmet Tarhun (Berkant Muftuler), is diagnosed with a terminal disease and therefore, starts to worry about his family’s future.

Reyhan is an innocent, humble, kind, and beautiful young girl who lives in Erzurum and has been grown up in a traditional style. After her mother passes away, she becomes all alone and tries her best to survive. She gets surprised when she learns that her uncle wants her to get married to his son Emir.

At first, Reyhan does not want to get married to Emir because she does not know him very well. However, she decides to accept the marriage proposal when she learns that her uncle Hikmet does not have so much time due to his terminal disease.

Reyhan leaves her life behind and goes to Istanbul together with her uncle. She starts to live in Tarhun house and her life changes all of a sudden.

The life of Tarhun family turns upside down. Cavidan does not accept Reyhan as her bride. She looks down on her due to the fact that she comes from a poor family.

Cavidan thinks that Emir’s childhood friend Cemre (Ceyda Olguner) is a better match for him. Cemre comes from a wealthy family and has feelings towards Emir for a long time. Cavidan wants to see Cemre as her own bride because by this way, she can increase her popularity among Istanbul’s high society.

Emir, on the other hand, does not want to get married to Reyhan. He does not know her and also, he does not have any marriage plans soon. He does not understand how a person can accept an arranged marriage.

When Reyhan comes to Istanbul, she soon realizes that she cannot get used to her new life. She wants to return to her hometown but eventually, she cannot oppose to her uncle. As his death wish, Hikmet wants a promise from his nephew so that he would be sure that Reyhan would do her best for this marriage.

Reyhan promises that she would get married to Emir and she would not give up no matter what. However, things get complicated when she realizes that she will not have a real marriage with Emir.

Cavidan promises that she would make Reyhan’s life miserable in Tarhun house and she would do anything to send her away.

Emir, on the other hand, eventually accepts to get married to Reyhan. However, he promises that he would make Reyhan’s life miserable to the extent that she will get a divorce. Emir wants to prove his father that he has made a wrong decision by forcing his son for this marriage. After showing this, Emir wants to get his freedom back and start to make his own decisions in life.

The Promise (Yemin) tv series story is about a young girl Reyhan who comes to Istanbul and gets married to a wealthy young man Emir in order to keep her promise. Will Cinderella story become real for Reyhan? Will Reyhan manage to keep her promise and endure all the things for her marriage? Will Emir make Reyhan’s life miserable in order to reach his freedom? Will Emir start to have feelings for Reyhan? Will Reyhan get used to her new life in Istanbul? Will Cemre eventually reveal her feelings towards Emir? 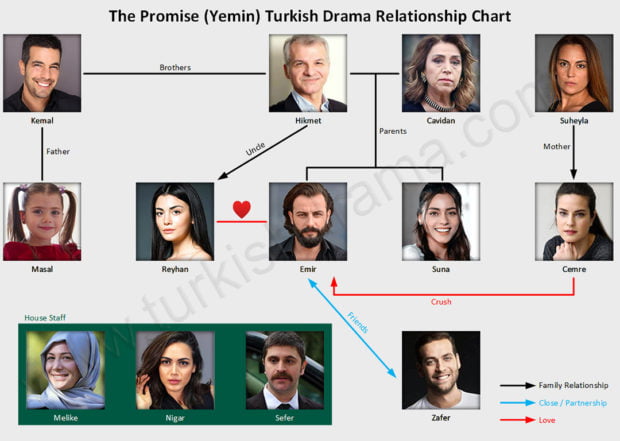