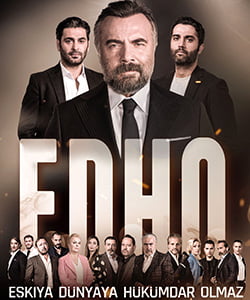 Hizir Cakirbeyli (Oktay Kaynarca) is a powerful and rich man who enters the underground world after his elder brother is killed. He vows to revolt against in justice and starts to produce weapons for the mafia leader. He is a trustworthy man and is known by his fidelity: He never betrays to his country and the people whom he works together with.


Hizir finds himself at a crossroads: he does not want to betray to the people whom he works and at the same time, he wants to protect his family. Even though he eventually decides not to work with the government, Hizir finds himself in a difficult situation due to current mafia leader’s schemes.

Meanwhile, Hizir has some problems with his wife Meryem (Deniz Cakir) who is a very strong woman. Even though Meryem knows that Hizir has an affair, she tries to live with this fact for the sake of her children and her family as a whole. However, she cannot accept the fact that Hizir would have a baby from his girlfriend Nazli (Mujde Uzman). Meryem says that she can stand for Hizir’s disrespectfulness towards herself but she cannot stand for Hizir’s disrespectfulness towards her children. Therefore, she wants to do everything to prevent the birth of Nazli’s baby and shows her power to other families in the mafia world.

in Bandits (EDHO – Eskiya Dunyaya Hukumdar Olmaz) tv series story, you will explore a mafia world where Hizir finds himself as a powerful man. Will Hizir climb to the top of the mafia world? Will Meryem forgive her husband’s affair and continue to live as usual? Will Hizir manage to protect his family?