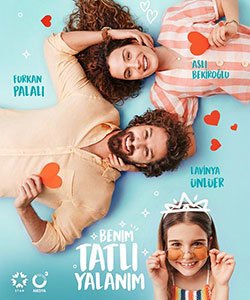 Synopsis
Nejat (Furkan Palali) is a successful business man who is the CEO of a company designing eyeglasses. He has been raising his daughter by himself after his wife abandoned them years ago. In order not to upset his daughter, Nejat hides this fact and tells a white lie. He lies that his wife Aylin is working at Africa for humanitarian purposes and sends letters to her daughter for years.

Nejat tries to do his best not to upset his daughter. He even tries to find his ex-wife but he cannot reach her. No matter how hard he tries, he cannot find a solution but to explain all the truth to his little daughter.

END_OF_DOCUMENT_TOKEN_TO_BE_REPLACED 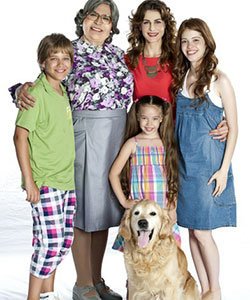 END_OF_DOCUMENT_TOKEN_TO_BE_REPLACED

Synopsis
Sanem (Demet Ozdemir) is a natural and cheerful girl who works at a neighborhood grocery shop. Eeach morning she wakes up early and opens up the shop for her father. She is very pleased with her life. After working a few hours, she starts dreaming about her book and writes her thoughts down. Even though nobody believes, she knows that she would eventually finish her book.

One day, Sanem’s happy life turns upside down. Her mother threatens her to get married unless she finds an office job just like other young girls. If Sanem cannot find a decent job, her parents would give their permission to prospective groom Muzaffer (Cihan Ercan) who has been in love with Sanem for a long time and wants to get married to her.