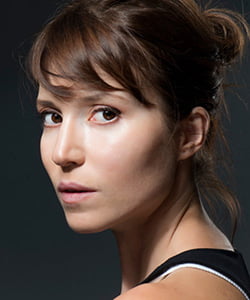 Name: Selma Ergec
Birthdate: November 1, 1978
Birthplace: Hamm, Germany
Height: 178 cm
Eye Color: Brown
Hair Color: Brown
Education: Westfaelische-Wilhems- Universitaet Munster – Medical School (dropped out)
Talent Agency:
Spouse: Can Oz (m. 2015-present)
Children: Yasmin Oz
Biography: Selma Ergec was born in Hamm, Germany in 1978. Her father is a Turkish doctor from Adana and her mother is a German nurse. She went to medical school at the Westfaelische-Wilhems- Universitaet Münster for 3 years. While she was studying at medical school, she came to Turkey for an internship. She was planning to stay in Turkey for 6 months, she started her acting career and then drop out of school in 2001. Selma Ergec was chosen as a Most Beautiful Model of the Year at Best Model of Turkey competition in 2001. Selma Ergec got married to Can Oz in 26 September 2015 and gave birth to a baby girl named Maya in 8 April 2016. Selma Ergec speaks German, English, Turkish, French fluently.