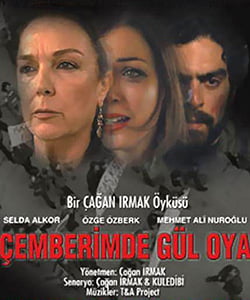 In the rose and the thorn (cemberimde gul oya) tv series story, you will explore the times of Turkey in the 1970s. You will also explore a profound and sincere love between anarchy, fight and power while crying and laughing simultaneously. Will Yurdanur and Mehmet stick to their love although they come from different ideological backgrounds? Will they remain safe when they face with the plain truths of the tough life in 1970s? Will following years solve every obstacle on their paths?