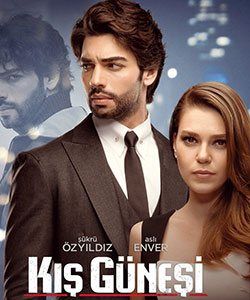 20 years later, Efe (Sukru Ozyildiz) becomes an adult who remembers nothing about his origins. He becomes a humble fisherman who lives happily with his adopted family. He has a modest life and loves his adopted family but always feels the need to find his real family.

One day, the assassin Kadim (Hakan Boyav) that killed Efe’s father returns to Turkey and meets Efe. He is also betrayed by the original murderers and has spent his last 20 years in prison. For this reason, he wants to take his revenge and finds Efe.

Efe eventually learns of his twin brother Mete (Sukru Ozyildiz) who has taken a job at their family business and married their childhood friend Nisan (Asli Enver). Efe and Mete finally meet for the first time after 20 years. However, the murderers learn that their witness returns and wants to take care of him once and for all.

The murderers kill Mete accidentally mistaken him for Efe. As a result, Efe adopts his brother’s identity and vows to get revenge on both his father and his twin brother.

Efe returns as Mete and starts to investigate the murder behind his twin brother and his father. He wants to find the original murderers and learn why his father and his brother have been killed. However, nothing becomes as easy as he imagines.

A humble fisherman Efe finds it hard to adapt to the wealthy life. Also, he learns that his twin brother Mete has been married with Nisan for 5 years but also has a love affair with another woman Seda (Basak Parlak). Nisan is a peaceful girl who loves Mete since childhood and dreams to have a baby. She tolerates her husband’s unfavorable attitudes and tries to be positive all the time. Out of pure coincidence, Nisan discovers his husband’s love affair and wants to get divorced.

Efe finds himself in the middle of this chaos. He tries to set the things right while trying to keep his identity secret. He does not think that it is a right thing to let Nisan go and end this marriage. He really feels sorry about her but he cannot disclose his real identity. He needs to solve this marriage problem as soon as possible and continue to focus on his real problem.

In this story, you will explore a wonderful detective story with a psychological twist. Will Efe eventually find the original murderers and take his revenge? Will Efe start to remember his past when he stays with his real family? Will Nisan forgive his husband Mete’s love affair? Will Nisan understand that Efe has taken his husband Mete’s identity? Will Efe continue to live as Mete or disclose his real identity?

Winter Sun Tv Series Characters
Efe (Sukru Ozyildiz): Efe is a fisherman who has been raised by his adopted family after the car accident. When his twin brother Mete is killed by murderers, he takes his identity and starts a new life. He is humble, helpful and endearing. He tries to take the revenge of his father and his twin brother.

Mete (Sukru Ozyildiz): Mete is a successful businessman who comes from a wealthy family. He has a hard personality. He has been married with Nisan for 5 years. He loves Nisan as a childhood friend but regrets to be married with her because he is not in love with her. Mete falls in love with Seda who works as a fashion designer in his company. He has a love affair with Seda and plans to get divorce as soon as possible.

Nisan (Asli Enver): Nisan is a young, beautiful, peaceful and romantic girl who comes from a wealthy family. His father Yakup is the business partner of Mete. She is very helpful towards animals. She has been married with Mete for 5 years and dreams to have a baby.

Seda (Basak Parlak): Seda is a successful fashion designer who works at Mete’s company. She is a close friend of Nisan and at the same time, she has a love affair with Mete. Seda loves Mete and wants him to get divorced from Nisan as soon as possible.

Kadim (Hakan Boyav): Kadim is the hired assassin that kills the father of Efe and Mete. He spends his 20 years in prison and returns to Istanbul to take his revenge.

Leyla (Senay Gurler): Leyla is the mother of Efe and Mete. She gets married to Mazhar after her husband dies at the car accident. She always supports his son Mete no matter whether he is right or wrong.

Mazhar (Mahir Gunsiray): Mazhar is the business partner of Yakup. He is married to Leyla after her husband dies at the car accident. He does not get along well with Mete who does not seem to forget his own father.

Yakup (Hakan Gercek): Yakup is the father of Nisan and the business partner of Mazhar. He is involved in illegal activities. He is the original murderer behind the death of Efe/Mete’s father.