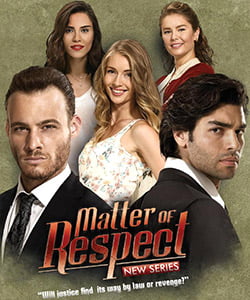 When their grandfather passes away, they move to Istanbul with the persistence of their mother. They sell the estate inherited by their grandfather and start a new life in Istanbul. However, their life turns upside down in this big city. A wealthy man in the neighborhood helps them invest their all savings in a jewelry store. But there is an intrigue and trouble behind this help. Immediately after opening the store, they get robbed and they lose everything. Since they do not have any insurance and since this robbery is related with mafia relations, the father of the family commits suicide. Soon after, the mother of the family becomes unable to bear the pain of her husband’s death and loses her mind.

After this tragedy, Yigit and Emir seek for taking revenge of their family but they choose totally different ways. Yigit takes the route of underworld whereas Emir takes the route of the rule of law.  Two brothers lives also cross when they fall in love with the same woman, Sibel (Yasemin Allen) who is the most beautiful girl in the neighborhood. And, the story becomes complicated when Yigit starts to use Kubra (Burcu Biricik) as part of his father’s revenge plan.

In matter of respect (seref meselesi) tv series story, you will explore the life of two brothers, Yigit and Emir, who want to take revenge of their family from underworld in Istanbul. Will Yigit and Emir eventually take revenge of their family? Will Yigit manage to become happy with Sibel? Will two brothers live in peace although they use different routes?