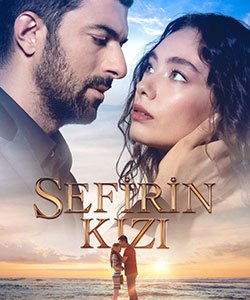 Sancar Efeoglu (Engin Akyurek) is the son of a sharecropper who works at mayor’s olive groves. He lives in Bodrum (a small Aegean town of Mugla, Turkey) throughout his life and does not have a chance to take leave from his village. Sancar lives in a small cottage inside olive groves together with his family and works at mayor’s service.

Now, Sancar is a rich businessman who owns vast olive groves where his father worked. He lives in a big mansion together with his mother Halise (Gonca Cilasun), his sister Zehra (Cemre Oktem), his brother Yahya (Dogukan Polat) and his sister-in-law Elvan (Hivda Zizan Alp). Sancar believes that his first love Nare betrayed him and run away to Europe after the first night of their wedding. Therefore, he tries to do his best to continue his life and forget Nare.

Nare, on the other hand, buries her pain in her heart and dedicates her life to her daughter Melek. She does not forgive Sancar and thus, never tells him that he has a daughter. Nare tries to be strong to raise her daughter properly by her own. Now, she lives in Montenegro together with her father and daughter. However, her life changes dramatically all of a sudden.

One day, Nare stabs her stand-in brother while he is harassing her. This time, she does not let him do whatever he wants. When she sees his dead body, Nare wants to run away from the scene of accident. Before going to jail, she wants to entrust her daughter to Sancar. Therefore, she takes her daughter and goes to Bodrum, Turkey.

When Nare arrives at Bodrum, she finds out that Sancar is getting married to Menekse (Tulin Yazkan). Nare has nothing to do but to entrust her daughter to Sancar as soon as possible. That’s why, she visits Sancar’s wedding by surprise and comes like a bombshell. When she reveals that Melek is the daughter of Sancar, everybody is shocked and becomes speechless.

The Ambassador’s Daughter (Sefirin Kizi) tv series story is about a legendary love between Sancar and Nare. Will Sancar believe that Melek is his own daughter? What will happen to Sancar’s new marriage with Menekse? Will Nare go to jail? Will Sancar and Nare start over again for the sake of their daughter and find happiness this time? 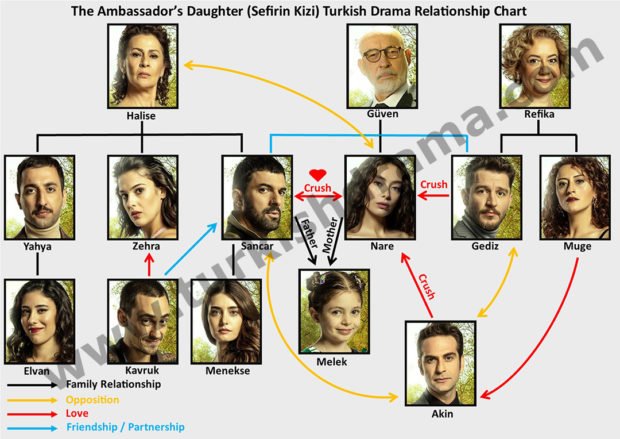