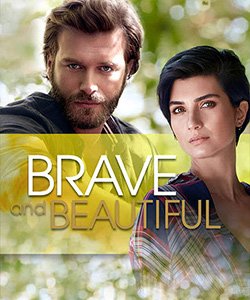 Cesur (Kivanc Tatlitug) is a young man who comes back to Korludag, a small city outside of Istanbul in order to take revenge from Tahsin Korludag (Tamer Levent). When he was a little child, his father and his grandparents were killed by Tahsin Korludag and then, his mother got into depression due to sorrow. Cesur has been raised under difficult conditions and has always aimed to plot his revenge when the correct time comes.

In brave and beautiful (cesur ve guzel) tv series story, you will explore a love between two different persons who are destined to be together. Will Cesur manage to get his revenge and reveal all the truth about Tahsin Korludag? Will Cesur forget about his past for the sake of Suhan? Will Suhan break off her engagement with Bulent and start to have a new life with Cesur?