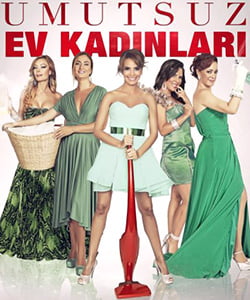 This tv series is a Turkish version of Desperate Housewives.

Yasemin (Songul Oden) is a clumsy woman who got divorced from her unfaithful husband and now lives her daughter.

Zelis (Evrim Solmaz) is a former beauty queen who got married with her first boyfriend and still wants to remain attractive and beautiful.

The faith brings these five housewives together.

In desperate housewives (umutsuz ev kadinlari) tv series story, you will explore the lives of five women who have different backgrounds and different personnal problems.