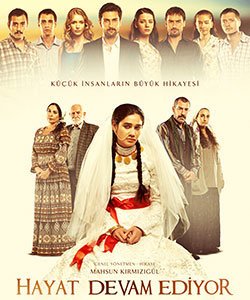 As the story progresses, the family immigrates to Istanbul and soon, the darkness invades the family: Ismail and his wives cannot get used to living in a big city, Ismail’s daughter Sirin (Neslihan Atagul) changes immediately because of her desire for fame and money, Ismail’s son Bekir (Ali Barkin) starts to get involved in illegal businesses, the other son Malik (Serkan Senalp) gets addicted to heroin bit by bit, and Hayat transforms from a fragile girl to a bitter, heartless woman.

In this story, you will explore the resistance of a family to social and economic conditions. Will Ismail manage to keep his family together despite all the hardships? Will his family completely fall apart?