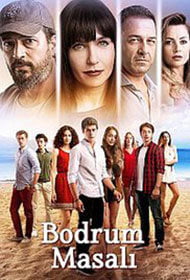 Ates and Su leave their rich friends behind and start to go to regular public school in Bodrum. They also want to find some part time jobs to support their family. They find it so hard to live without money but they start to adjust their new life with the help of their local friends, Kelebek (Hilmi Cem Intepe) and Asli (Ezgi Senler).