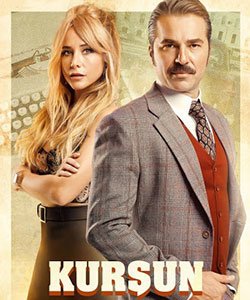 The story takes place in 1970s in Istanbul, Turkey.

Leyla lives together with her mother who suffers from mental health problems and for this reason, Leyla develops a strong personality. She dedicates her life to her job and wants to do anything in pursuit of truth.

The lives of Orhan and Leyla intersect due to the murder case. Orhan wants to solve the case despite all the obstacles and Leyla wants to report all the news to the public. Throughout this process, these two young people have nothing to do but to work together against the mafia ruling Istanbul behind the scenes.

While they are searching for the truth about the murder case, they find a witness: Gulce (Berrak Tuzunatac). Gulce is a night club singer who sees the murder and explains that this murder is connected to the mafia relations. Since the murdered girl finds out the paper disclosing these mafia relations, she is murdered.

Gulce is afraid of being realized and does not want to be a witness for this case. She wants her life back and wants to protect her little child.

Bullet (Kursun) tv series story is about a young prosecutor who does not refrain from doing anything to secure the justice and a beautiful journalist. Will Orhan eventually secure the justice and solve the murder case? Will Leyla trust Orhan and stay by his side no matter what? Will Orhan and Leyla manage to protect their families and loved ones in this difficult process?